Contalk CTET-99XS is a revolutionaly device in crossband industry. The first of its kind to offer an integrated solution to professional users, including law enforcement officers, security guards, airports and railways station staffs etc.

The radio supports multi-mode communication in different scenarios, whether it is daily routine patrols or emergency response, broadband or narrowband, utilising the public or private network. 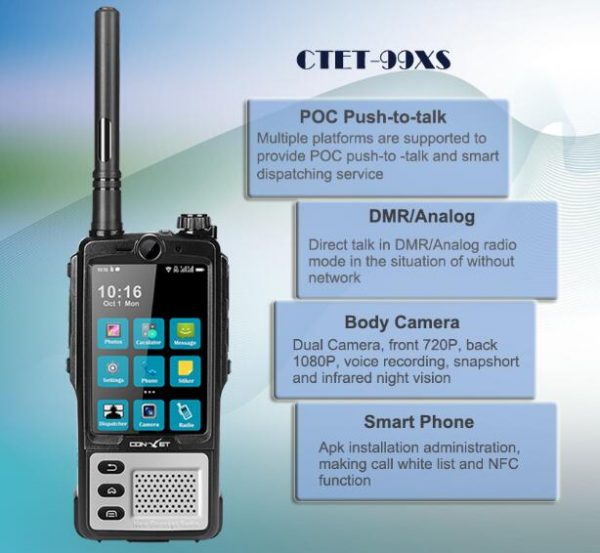 CTET-99XS have 3G WCDMA version and 4G LTE version for optional, which makes it have fast access to mobile network and support real-time data/photo/video transfer. It could be adapted to various push-to-talk(PTT) platform and all kinds of expanded functions of the platform could be performed on 99XS.

CTET-99XS is with built-in digital and analog UHF 400-470MHz frequency circuit. It contains 199 channels and with output power up to 3W. DMR/analog is an important supplyment when network weak or not covered. 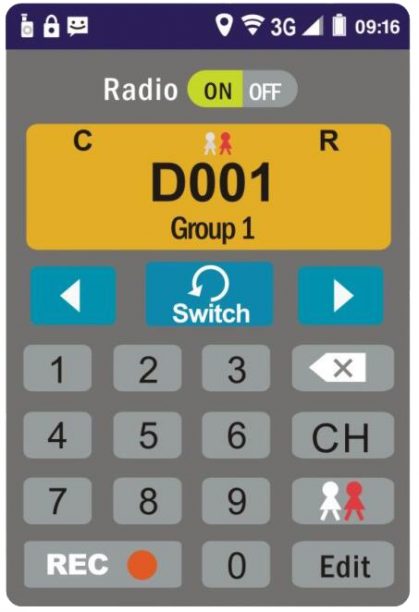 99XS is a combination of wideband and narrowband, there is no conflict between modes. Instead, it is dual mode standby which means as long as in same group, it receive the signal from both POC radio user and DMR user, and when transmitting, all users could receive the signal

Usually police officers or security staff take walkie talkie and body camera along at the same time. CTET-99XS could reduce the burden and increase convenience by integrating the body camera in the radio. 720p front camera and 1080p back camera, infrared night vision up to 8m, the whole evidence collecting could be done in 99XS and uploaded to center. 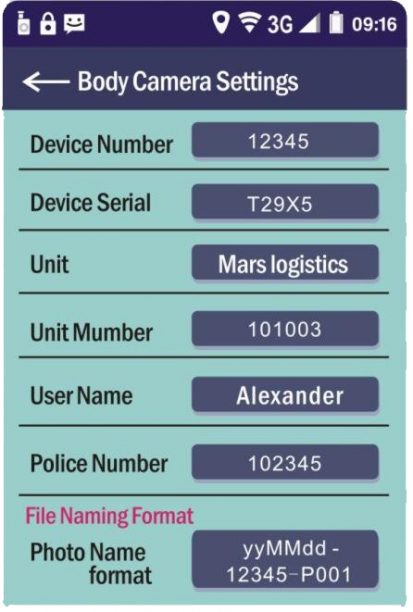 GPS，Beidou and Glonass are optional on the radio for precise locationing, track playback, location sharing

Think about in routine guard patrol, a security guard need to take a two way radio and a patrol device at the same time which could be a burden. A two way radio with NFC function has been the first choice of clients in these areas

Keep up on our always evolving product features and technology. Enter your email and subscribe to our communications.