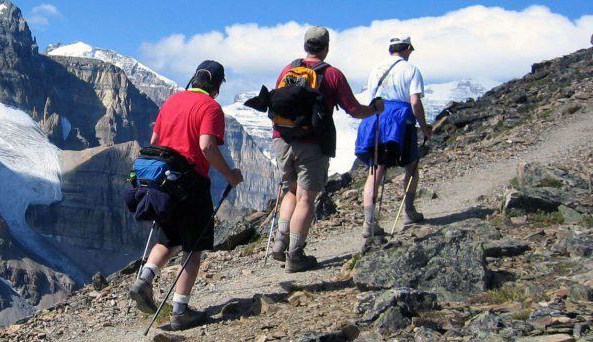 One of the most frequently asked questions when people are in the market for two way radios is “ how far can they communicate?”  To the buyers or users, they expect the talking range of the two way radio reaches as far as possible. Therefore, knowing factors that determine the distance of a two way radio is of great help for users to choose the right walkie talkie.

First of all, a brief lesson on radio signal transmission is of essence to understand the whole range issue. Normally radio waves travel in a straight line from the transmitting antenna to the receiving antenna. However, like light waves, radio waves are affected by the phenomena of reflection, refraction, adsorption and scattering during transmission. The radio waves will become weak and the range that one radio receives the waves from another radio is so called working range of the two way radios. Now let’s analyze the main factors deciding how far the two way radios communicate.

During the propagation, the radio waves will be reflected to other directions if the obstacle is encountered occasionally. The obstacles include buildings, hills, atmosphere changes and etc. Radio wave decreasing, diffraction or refraction occurs when the wave passes through the edge of the buildings and hills. That means each travelling of radio waves will not be so smooth. The so-called working range of the two way radios is transmitting and receiving distance of the radio going through all the occasional obstacles. So the distance of the horizon is technically the maximum communication range for a two way radio.

Another important factor in determining how far a two way radio will communicate is its power output. The power output is measured in watts. Normal handheld two-way radio broadcasts between 0.5-5 watts. The amateur handheld two way radios run between 1-5 watts depending on the model. Current FRS/GMRS/PMR models broadcast at 0.5 watts with certain frequencies like CTET-Q88 from contalketech. The CB mobile radio may broadcast anywhere from 5 to 100 watts.  The common power output of the vehicle mobile radios at market is 25W/45W.

There are two major formats for most amateur two ways radios at the market. They are Ultra High Frequency (UHF) radio and Very High Frequency (VHF) radio. The most frequently used frequency ranges are UHF(400-512Mhz) and VHF(136-174Mhz). Both of the two radios are effective way to communicate with each other then choosing the right radio depends on the application.

UHF Radios work best for most two-way radio users due to the shorter waves and easily penetrating areas of interference in buildings, hilly areas and urban outdoor settings. UHF walkie talkies with a good-sized antenna and enough power will reach further into a building and push through steel, concrete and earth. If your two way radios are going to be used exclusively indoors or if they will need to be used both indoors and outdoors. UHF two way radio is your best choice.

The advantage of a VHF walkie talkie is that it can cover more distance with less power because VHF wave would travel almost twice as UHF radios. That makes VHF easier to transmit over a long range. VHF walkie talkies work best when there is clear line-of-straight between the sender and receiver with little obstacles. VHF radios are used exclusively in aviation and marine communications where the signals are sent across the sea level or between the sky and the earth. The VHF two way radios are also great for open fields, landscaping and for outdoor areas with few obstacles. Different antenna options are available for the VHF walkie talkie to use at the various settings.

Below photographic might help you understand the difference of UHF radios and VHF radios more clearly.

From the above factors, it is clear that the actual communication distances may vary widely based on the terrain, environment, weather, output power , UHF vs VHF, etc. Thus, we could choose the right radios as per our actual requirement. If you would like to use the radios at different places or situations and the long talking range is at your consideration as well, the UHF and VHF dual band with high power output like the dual band analog radio CTET-9665D which enjoys 10W will turn to be your best solution.

Keep up on our always evolving product features and technology. Enter your email and subscribe to our communications.